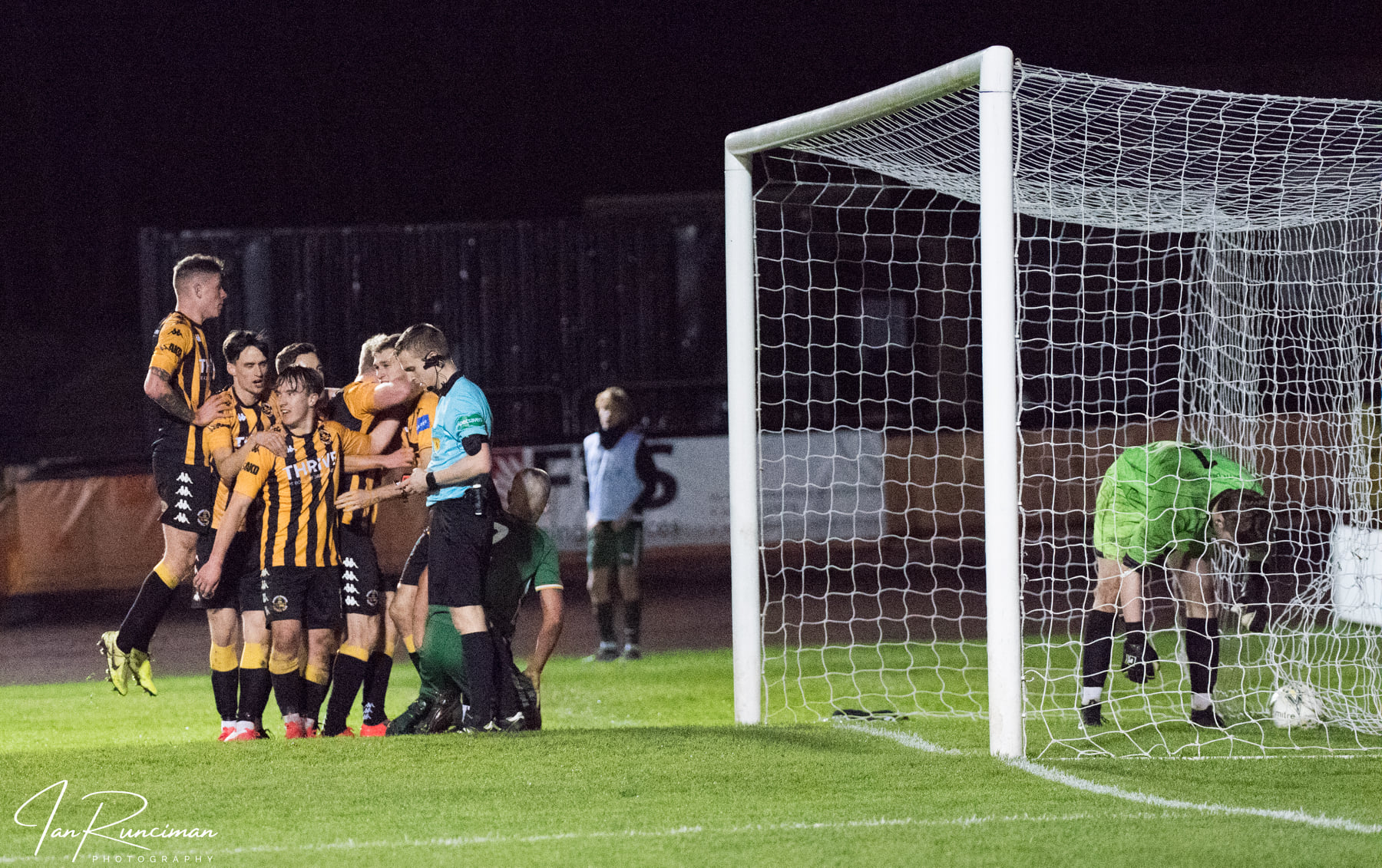 A dramatic stoppage time goal was enough for Berwick to secure all three points against University of Stirling.

Berwick boss Ian Little made three changes to the side that were defeated 2-1 at Bo’ness United on Saturday. The injured Ali Forster was replaced by Kieran Somerville, Sam Daniel was replaced by Jo Purves and Dan Purves was rewarded for his goal at the weekend with a start ahead of Lewis Allan.

The Uni were coming off a 4-2 home defeat to Dalbeattie Star at the weekend and looked sluggish from the start. They were under pressure almost immediately from Berwick with the most dangerous opening coming when Calum Smith crossed dangerously from the right wing, forcing Matthew Burrows to scramble it behind for a corner.

Stirling did have goals in their side and showed a glimpse of that danger midway through the first half. Calum Heath drove at the Berwick defence and slipped a ball through for the lively Kieran Hall, whose effort smacked the post before the linesman flagged him for offside.

Berwick were in control though and finally forced Ben Fry into action after half an hour. Good work from Trialist brought the ball out of defence and fed it to Calum Smith. The striker did well to beat his man and find Trialist in the area and his shot on the turn forced the Uni keeper into a smart low save. 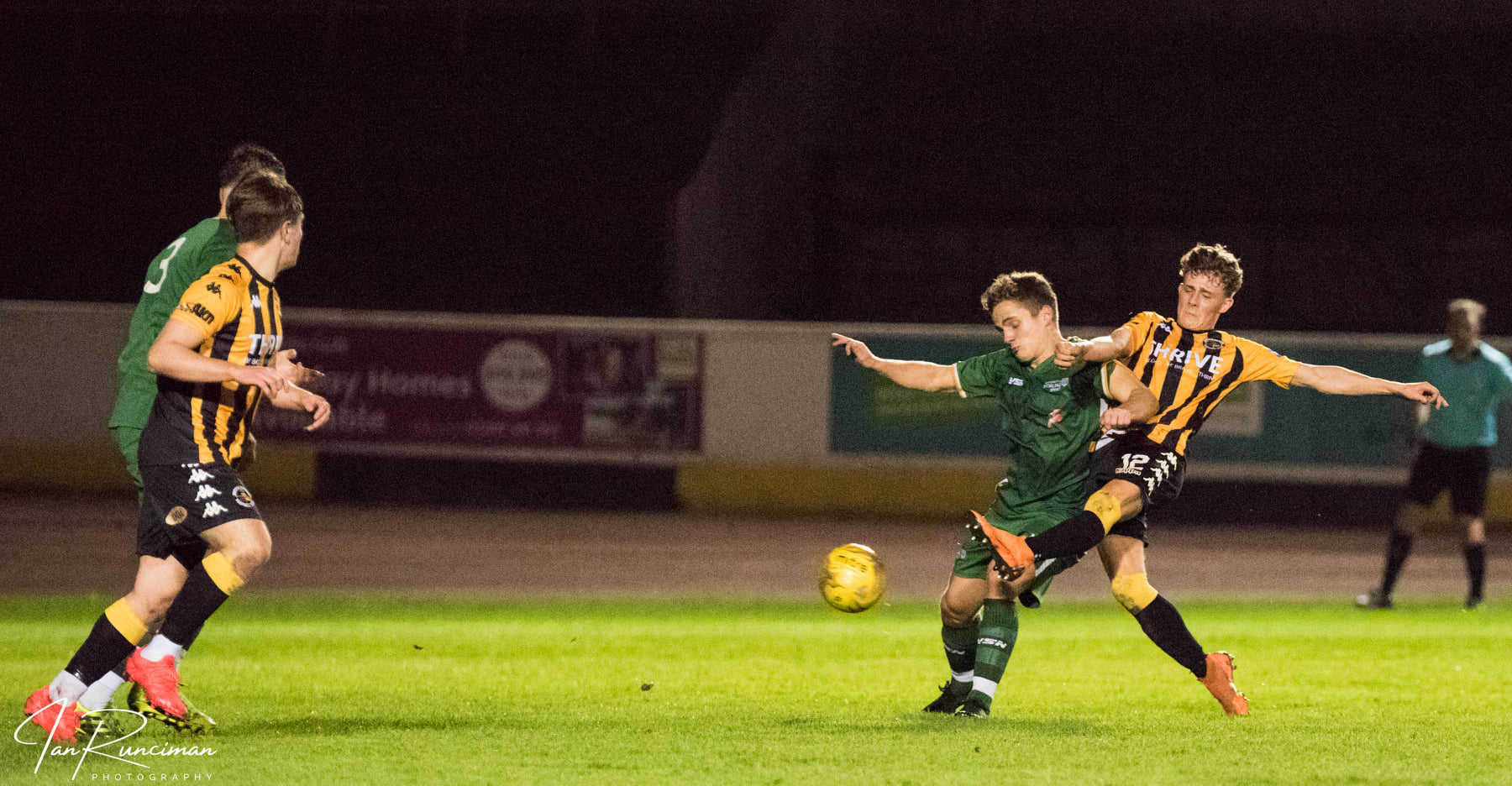 The breakthrough would come minutes later though. A long free-kick was flicked on by Smith and found its way to Dan Purves on the edge of the area. The forward was alert to it and swept a left footed shot into the bottom corner to make it two in two.

It could have been 2-0 to the Dream Team before half-time as well. Good work from Jack Wright earned Berwick a corner on the left which Trialist rose to meet and was desperately unlucky to see his header come back off the crossbar.

The half-time break certainly changed the complexion of the game entirely. Stirling were far more threatening and Berwick couldn’t get a hold of the ball. The Uni were particularly threatening from set pieces with a Jason Jarvis corner from the left going all the way through without a touch.

It would prove to be ominous. Jarvis’ free-kick from the left would be headed behind by Criag Reid and the resulting corner from the right by Craig Brown would bounce all the way through into the far corner. There appeared to be no touch on the way through either but the Uni didn’t care as they were back on level terms.

Stirling were piling on the pressure and Berwick were struggling to get the ball out of their own half. Good work again from the wide areas saw Robbie McGale send an excellent cross into the area that was headed over by an unmarked Brown.

The pressure would finally tell on Berwick with 15 minutes to go and it was another set piece. Substitute Euan Baird won a corner on the left which Jarvis took. His delivery went to the near post where Stirling sub Jamie Penker headed towards goal. His effort was brilliantly saved by Dougie Horne but Baird reacted fastest to turn the ball home to the delight of himself and his teammates.

The goal seemed to spur the ‘Gers on though and they nearly equalised with seven minutes to go. Substitute Sam Daniel’s cross fell to fellow sub Lewis Allan but he was crowded out before Stirling were able to clear.

Berwick did level with four minutes left. Good pressing led to Craig Reid winning a free-kick in Stirling’s half. The set piece was eventually delivered in by Reid where Calum Smith flicked the ball round the corner for Jack Wright to slot home into the bottom corner.

There was still time for both sides to get a winner and Stirling had a chance in the final minute of normal time. The dangerous Heath did well to turn in the area but his shot was blocked before, seconds later, another Penker header was saved by Horne.

The drama would unfold late on and would favour Berwick. A long Somerville throw from the right was flicked on by Calum Smith and, at the third time of asking, Trialist was on hand at the back post to bundle in the winner. 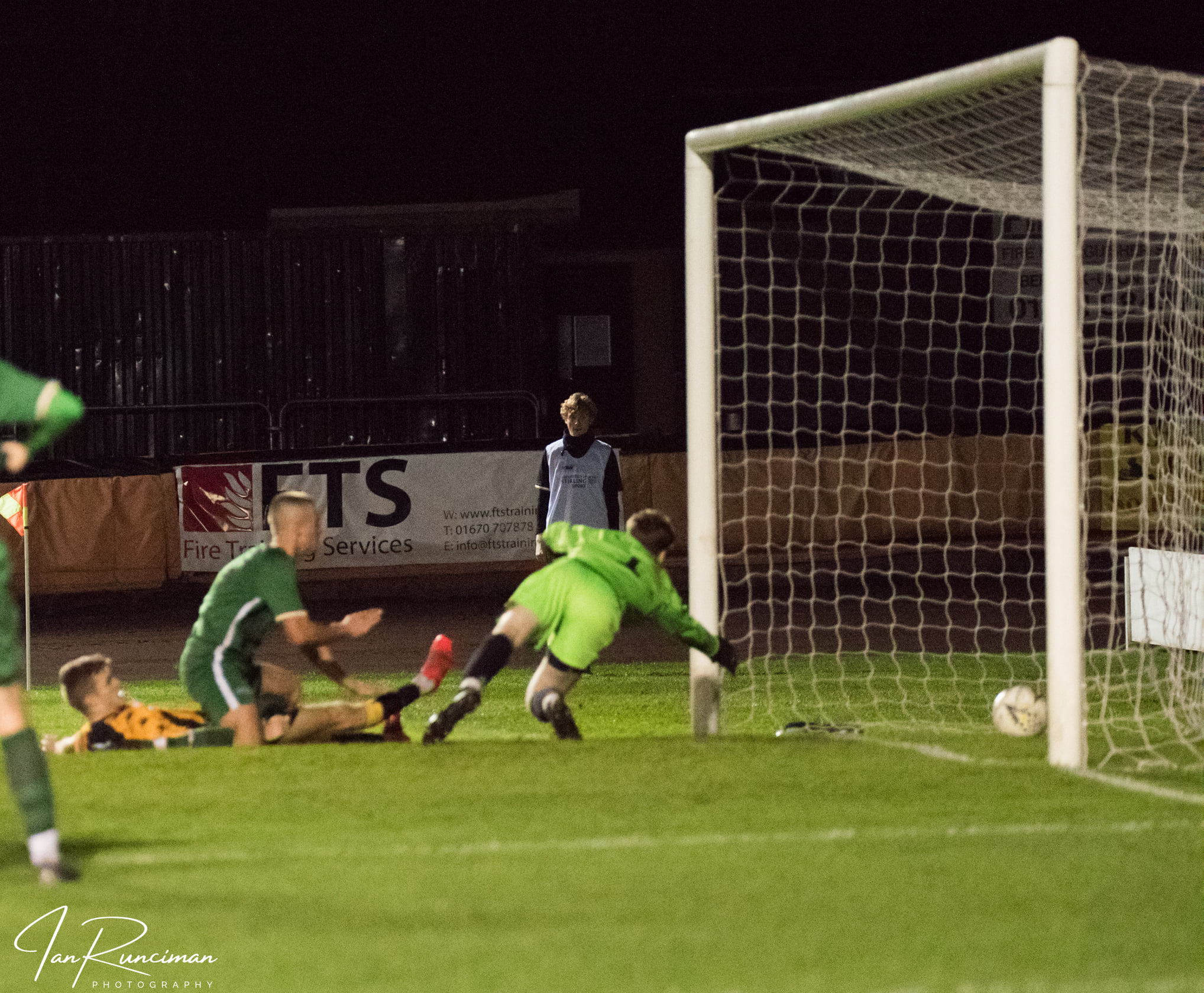 The dramatic winner secured a brilliant comeback after a very difficult second half. The ‘Gers will be looking to take this momentum forward to Saturday’s home game against East Stirlingshire.