Figures released by the SPFL Trust today have confirmed that Berwick Rangers and the club’s recently formed Community Foundation have engaged over 300 members of the local community during 2016.

With the fantastic support of the SPFL Trust, the Foundation have delivered four different projects over the previous year, with 332 locals getting involved.

Projects focused primarily on school engagement, though as a whole young people enjoyed Foundation benefits with 228 males and 94 females aged between 5 and 25 years old involved in initiatives.

The Foundation has not only built relations with local youth football clubs in the 8+ age groups in the area, but also offered Summer Coaching Camps for those under 8, helping ensure there is a clearer pathway for children to follow and thus ensure they can continue to enjoy their sport.

Club vice-chairman John Bell said: “The Summer School was enjoyed by all participants with positive feedback being received from both pupils and parents. The Foundation now hopes to hold this event annually.”

The SPFL Trust have also ensured that the Summer Camps offered by the Community Foundation are delivered by some of the best coaches in the area, supporting their development with coaching award schemes and grants towards their completion.

Elsewhere, the club have and still regularly invite local schools and youth groups to Shielfield Park on a matchday to take in a pre-match ground tour and a league match completely free of charge thanks to the Trust’s support.

The successful projects have helped the SPFL Trust and the Community Foundation reach Scottish Government aims, helping build a strong, resilient and supportive community full of people who take responsibility for their actions and are aware of the impact they have on others; developing young people as successful learners, confident individuals, effective contributors and responsible citizens; and ultimately enabling longer, healthier lives.

The club would like to thank the SPFL Trust for their continued support of Community Foundation projects and look forward to progressing an already successful relationship! 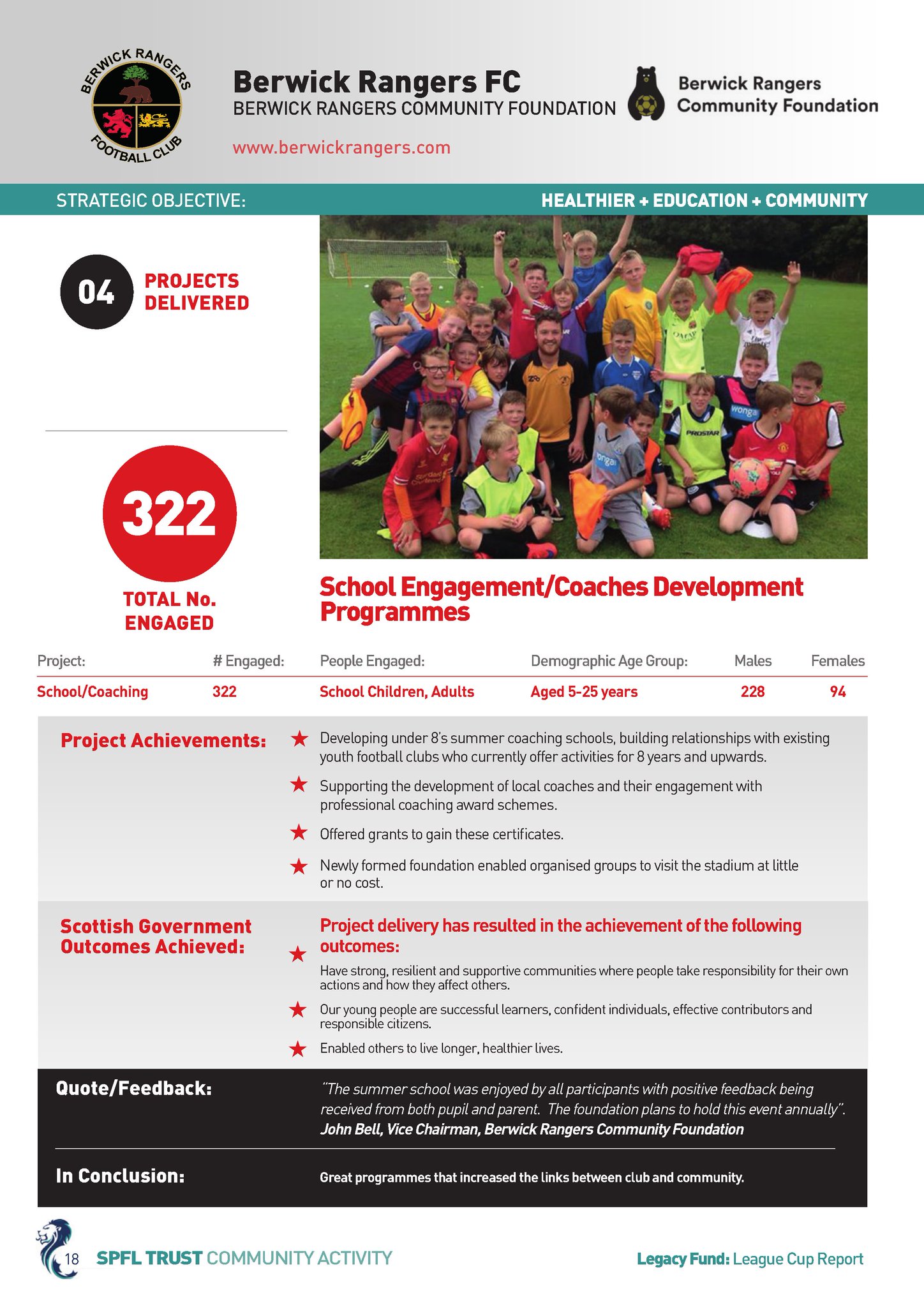