Centre-half Ryan Finnie signed for the ‘Gers in October 2020 after a successful trial with the club. Equally adept playing at right-back, Ryan is product of the Rangers youth system and was reunited with his former teammate in the Ibrox set-up Grant Nelson when joining.

Despite only being in his mid-20s, Finnie has plenty of experience in the Scottish Professional Football League, with first-team appearances for Hamilton Academical, Dumbarton, Annan Athletic, Alloa Athletic, Clyde and Queen’s Park, while he also enjoyed a spell in Sweden with IFK Östersund.

Speaking about signing on, Finnie – who has been handed squad number five – said: “After initial contact with Graeme [Gurney, Associate Director], I spoke to the gaffer and I’ve been been pleased with the efforts the club has gone for me and I’m delighted to get this done. I’m moving from full-time to part-time football now, which is massive for me, and with the offer the club made in trying to help me with my career change, it was something other clubs couldn’t offer me and was certainly a factor in my reason to sign for the club.”

Ryan is sponsored by the ‘From the Grove to the Harrow’ Fanzine, the independent magazine of the Dream Team.

From the Grove to the Harrow recently returned after an 18-year hiatus, and takes a light-hearted look at life at Shielfield Park. Supporters can order the latest issue of the Fanzine via email by sending your address to on grovetotheharrow@gmail.com or by phone on 07974 137277, and paying the total printing (£2) and postage costs (£1 or £1.70 oversea) on this link.

All profits from the Fanzine are donated to Berwick Rangers Community Foundation.  The club would like to thank Doug Stenhouse for the sponsorship. 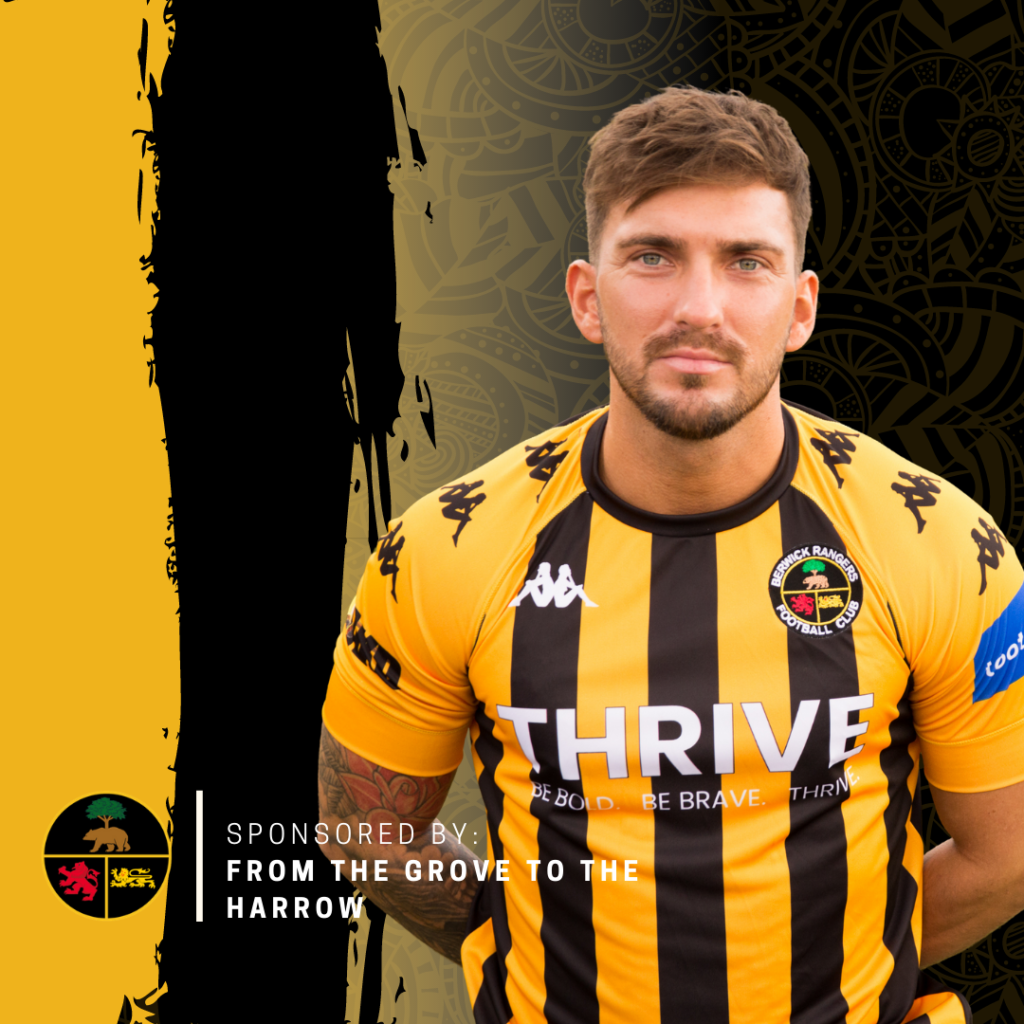